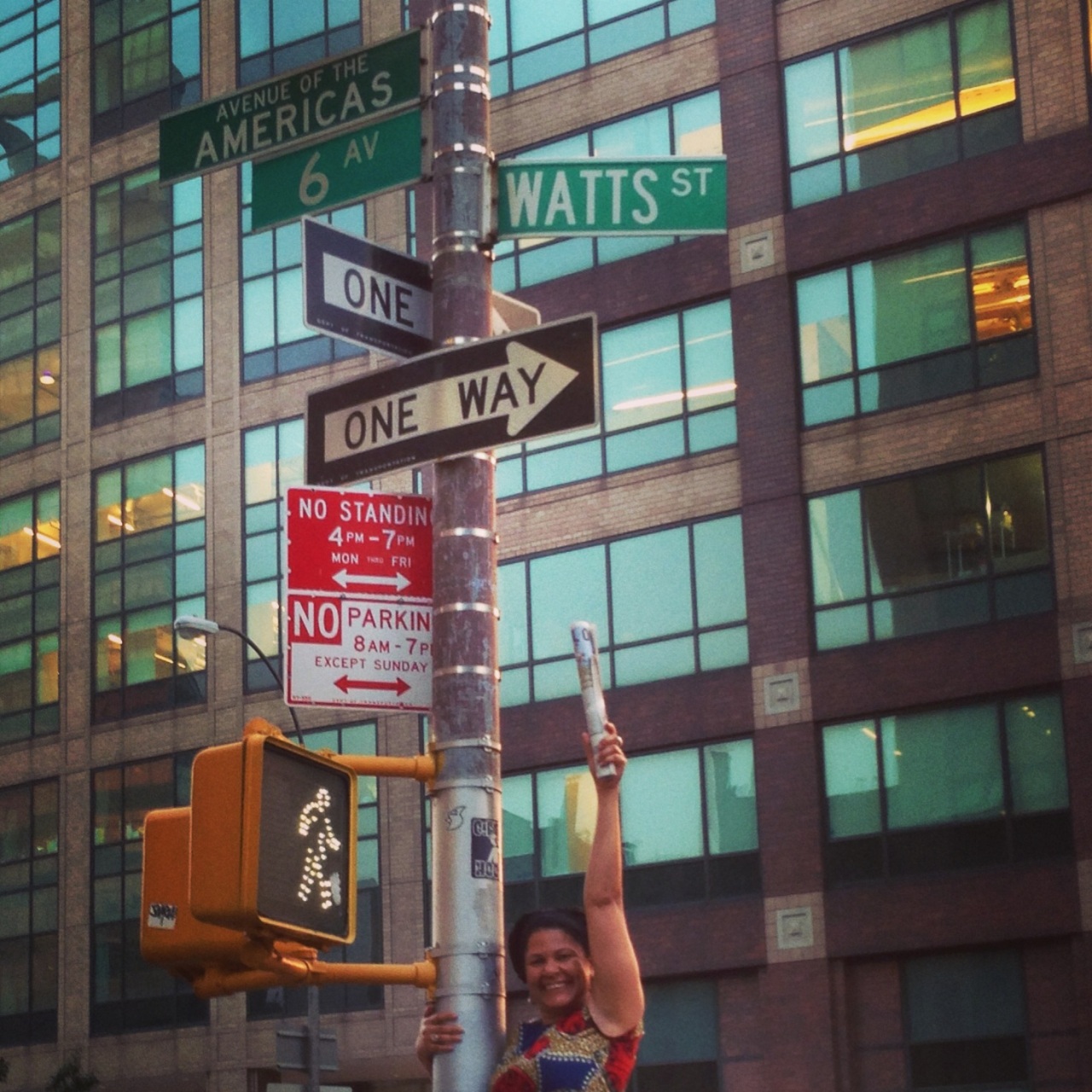 One of the wonderful things about living in New York City is all the visually stimulating images you happen upon when you keep your eyes open and not just focus on getting to your next destination.  Here are a few I noticed in the last few months. 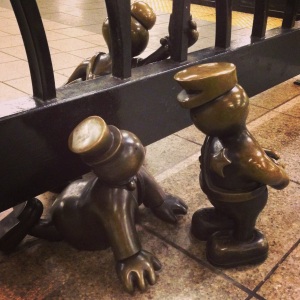 I recently bumped into artist Matthew Courtney in Brooklyn, he was on his way to his usual spot in Soho, near to the Corner of Prince and Mercer St.  When I first met him, I was wandering through Soho with a friend and noticed him all set up on the ‘Steps to Nowhere Gallery’ as he called it.  He was making art while also entertaining passersby with his rhyming lyrics and generally positive jokes.  For sale were his pieces, mostly faces painted on newspaper, cardboard, wood and other found objects.  My friend and I were so intrigued by him, we each bought one of his pieces. We left him feeling invigorated by his beautifully positive approach to life and living. 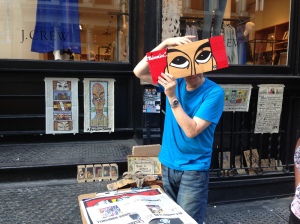 When I bumped into him in Brooklyn, he was not in as chipper a mood as when I first met him.  I walked with him a bit and learned that he has been getting harassed by the police for setting up shop just outside the J.Crew store.  Here is a man who has found a way to stay true to his passion for art and people, be creative, and share it in a way that hopefully sustains him.  He finds time to draw with children, if they stop, and painstakingly wrap your work and give framing advice should you buy it.

Where does someone like him go when he can no longer do what he loves, where he loves it?

One thought on “Found Objects: The Streets of New York and artist Matthew Courtney”